Turning Into Jazz- As Serious As Your Life

I never had had any serious music lessons after my initiation in playing guitar at the age of 10. Many times I’d try to start reading notes in some bass book or whatever. I knew that there was a whole world of music that I had no clue of. But when my psychology study at the University came to a halt before it really took off, my dad told me to take up music seriously if that’s what I wanted to do.

So I went down to the official local Music School. 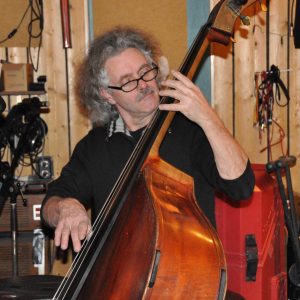 I had a meeting with the bass teacher Rinus Raaijmakers, who had just taken over from Double Bass master Hein van de Gein. Rinus was a fabulous guy. He had humour and was the first one to give me a little bit of confidence. Throughout my career I’ve had many doubts whether I was good enough to do what I wanted, like most professional musicians.
My first lesson was a disaster though. I came in and told Rinus I wanted to go to the conservatory where you could study jazz & improvised music since one or two years. His reply was: “ok, let’s play the blues”. He counted off and I started to play a groovy shuffled Delta -Eric Clapton kind of Blues which I’d played many times. By the way; I still love to play that nowadays! But back then after 2 bars Rinus stopped me….he said this is not the blues for the conservatory….you have to learn the jazz blues with several different chords. I had no clue what he was talking about. He gave me “Au Privave”, which is a Charlie Parker blues, and told me to learn the head by heart and the walking bassline which he wrote down for the next lesson. I jumped to it and of course I could play both tasks flawless the next lesson. That’s when he gave me my 1st real compliment: well…..this might be possible….
I practised my bass guitar and learned songs from Jeff Beck and Charlie Parker and another jazz standard “Blue Bossa”. I went to the Conservatory in Rotterdam to do the entry exam and got kicked out head first with the comments from both bass teacher Koos Serierse and the classical teacher saying “what the hell are you doing here? You can’t play shit”. Down again with the little self esteem I’d grown. They were right of course but it still hurt bad….and since I’m a lot of things but not a quitter I decided to go for it even far more dedicated than ever before. And it would pay off.

I started to get lessons from a true music guru. Steve Clover is without a doubt the most important teacher I’ve ever had. His background as a drummer that worked with Paul Bley, Fred Raulston and Gary Peacock when he used to live in Seattle made him like the true messiah of Jazz. Born in Elmhurst, Indiana but since the late 70’s an American Music Apostle in Europe.
His knowledge, being a ethno-musicologist, and dedication to his pupils was such an inspiring aspect of my musical upbringing that I owe him more than I can imagine. He was the one to give me a little bit of confidence by giving me time to really learn to play the Double Bass to which I had recently switched to. And it was damn tough: blisters on all fingertips, day after day after day.
He made me read books and the back of jazzalbum covers where they used to write whole stories on the recorded music and artists,  to digest the history of the only music which contains really everything: jazz. Through Steve I experienced what an enormous joy and how fullfilling it is to completely submerge in music. If it’s theory or ensemble playing, Steve was on it. I learned so much from him. I owe him a lot. His motto was: “You did it, so you can do it; so you will do it!” I use it still. 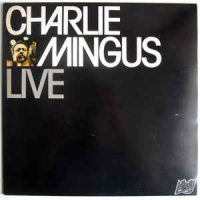 He told me to go out and buy one LP and listen to it so often that I could dream every note of it. So I went out to our local record store “Tommy” which was a legendary good record store by the way, and bought 2 albums: Thelonious Monk “Sphere” 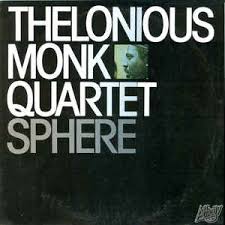 and Charles Mingus “Live”. And I stated to listen to the music. At first I couldn’t tell head from tail, but after several times I started to like the relaxedness of Thelonious 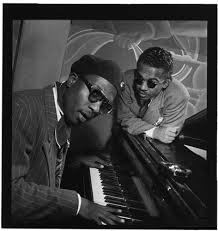 but also the raw energy of Mingus. With him I had the feeling that all what I liked in music was played at the same time, as if all boundaries were gone. It was as if someone had given me an insight in how the music had become a tool of all comprehensive expression. 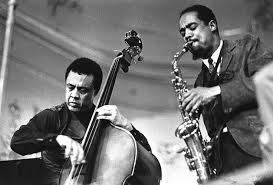 I was drawn to this monstrous Double Bass player that steered his band in any direction he wished, right here and now. The Mingus seed was thoroughly planted. His band was the ultimate vehicle to express any musical emotion at the speed of light. And it still is…..

I dug deep into jazz and had a few fellow students around me that had the same mission. We started to study solfege & music theory. I have, to this day  a somewhat reluctant relationship with music theory. I sincerely believe in a naïve approach to music. Theory can help but it can never overtake your heart. If it feels right; it’s right but if it’s theoretically right it can feel seriously wrong and forced.
But at that time I was engulfed in all the things I needed to learn to get admitted to the conservatory. I started to play workshops with a local tenor madman Henk Koekoek, who was and is one of the most talented musicians I’ve ever come across.  He enjoyed working with young new musicians and quite soon I started to play around Tilburg learning jazz with him and my fellow students. Most of them  were much further in their devellopment than I was but since there weren’t too many double bassplayers  I started to play a lot.
It’s also around that time that I saw my 1st jazz concert in the local jazzclub Paradox, which would have an important place in my musical carreer. 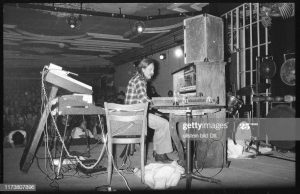 Jasper van ’t Hof & Pierre Courbois played a whirlwind freaky duo concert that was just amazing. It was a burning energetic concert with nothing I’d heard ever before. It was free, loud-being electric-, but most of all it was as if I witnessed Deep Purple’s  Ian Paice & Jon Lord in full flight but then way more delicate and virtuoso at the same time.