New Quadrant’s new release delayed due to the virus. 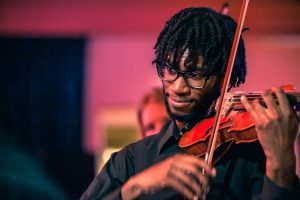 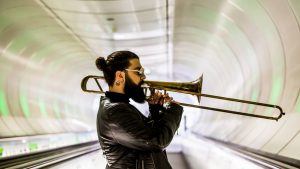 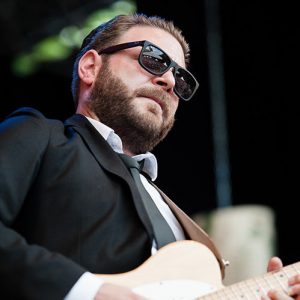 Eric van der Westen’s New Quadrant’s new album was supposed to be recorded during May and June 2020 but due to the Corona Crisis it’s been impossible to be together in the recording studio without violating the strict regulations. This causes the dates for the presentation concerts to be switched to October 2021.

The vinyl album will contain Van Der Westen originals plus a cover of one of his favorite J.J. Cale tracks: Magnolia. Being a sucker for melancholy and sweet melodies there’ll be plenty of music to dream away with since the absence of drums will give the band a very open musical character. Yannick Hiwat is his violinist, Efe Erdem his trombonist, well known from his work with Private Time Machine as is Joël Botma; the trumpet player. Last but not least his good old friend and co-Pastis- lover Homey guitarist Aron Raams. 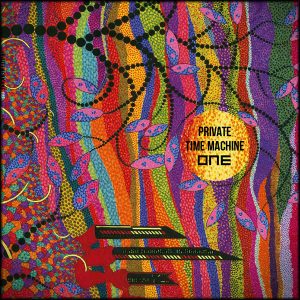 Private Time Machine is a band that blends 70’s rock, funk  & soul with jazz and anything that works. It’s Van Der Westen’s vehicle to mix all his life long influences in one go. From Led Zeppelin to Charles Mingus via Urban Dance Squad to John Coltrane passing by Sly Stone to stop @ Deep Purple and Miles  Davis. But most of all it’s really Van Der Westen’s music. His signature of lyricism, melancholy melodies combined with heavy, hard funking & rocking  grooves plus clear harmonies deliver what you may expect from a band full of high powered players with an attitude. The poetry of Jimmy Rage and the leader’s ability to deliver a song are a fine mix. Young hornplayers Joël Botma, Donald Simoen, Efe Erdem, Koen Smits blend well with the experienced lead tenorman Guido Nijs. Martin Fondse – here on super 70’s synths- and Rhodes monster Jeroen van Vliet form an indestructible backbone with drummer Marc Scheck, Guitarist Aron Raams &  Van Der Westen on bass guitar. It’s a true powerhouse.
In the past few years Private Time Machine has been able to thrive because of the regular gigs at Paradox in Tilburg, The Netherlands where the band developed and grew and where ideas were presented and discarded when not up to standard. The work in progress drew a growing audience during the “Playground”  evenings where a two hour concert was followed by grooving  DJ sets to entertain the audience ‘till closing time.

We started to work our way through the concerts in Europe scheduled before the trip to the USA. 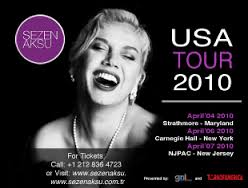 It was a real treat: I’ve always carried around my own flight case with the huge 7/8 scale Père Pillement Bass from the early 1800’s -Père died in 1830- build to last centuries. And believe me a bass weighing over 30 kgs and a flight case of the same weight is not something to travel light. Many times my bass wouldn’t fit the airplane and would be send later. Often taxis wouldn’t take me because it simply didn’t fit and they wouldn’t bother to call for a van  or anything. But now we had a crew that took care of everything…….my bass stood, in its case, ready behind my place on stage. All I had to do was to take him out of the case and play. Very luxurious for a jazzman used to make ends meet and twist every penny. 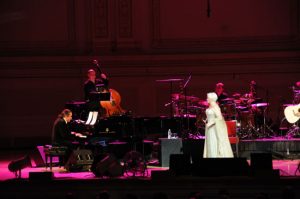 We had a stopover in Istanbul before we flew to the US. We landed in New York and were guided through customs by our US hosts; a lawyer firm that sponsored and organised the tour. The bus stopped in Manhattan after a scenic route that tok us across the Brooklyn Bridge  and we were booked in a new 5* hotel across the world famous Waldorf Hotel. Everything was funky, flashy and very hip. Electronic control on the minibar meant you couldn’t even open the drawer without paying for it. Welcome to New York! I had been in New York before and the city is exciting but after my stints in Johannesburg and Istanbul New York was a reasonably quiet, decent city; a far cry from the Soprano’s, Taxi Driver and Hill Street Blues image that I’d kept in my mind. We had a few days off and I got a free chance to go check out the vibe of the inner city. I went looking for traces my ancestors had left when they colonized the first inhabitants in the early 1600’s. I’m very interested in history and my imagination takes over when I look for traces of events and happenings that occurred generations before me, in a different world with different attitudes. I’ve always had a weak spot for the indigenous people that were invaded and decimated by my European ancestors and even when walking though a city like New York I try to imagine what it must have looked like when the first Europeans charged into the New World. For me growing up in post war Europe, the US was both our liberator and role model but also the arrogant superpower and supporter of the dictatorial regiems of Pinochet, Allende, The Shah of Persia, Videla a.o.. The Vietnam catastrophe also had a serious impact on the image of the US. Human rights and democracy didn’t match the ambiguous ambitions of the US in the 70’s and the 80’s.   But even with all that in mind New York and the rest of the US are still images that thrill me. “Blue Highway” by William Least Heat Moon has been a favorite book for a long time.  I’ve never been able to travel there for a long endless trip but it’s still very much on my bucket list. American music however I take to as essential nourishment for my musical well being. In recent times I’ve grown more and more fond of Country, Folk, Bluegrass, Cajun etc. I love the music of Bill Frisell, John Mayer and Bruce Springsteen alike. It’s a a well that never dries. 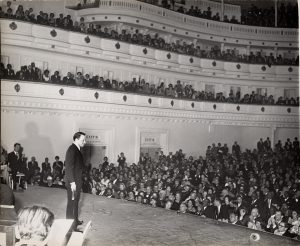 When I was in New York with Sezen, I knew we were going to play the famous Carnegie Hall. For the rest of the band it was like the regular gig because they’d been there before but for me it was a temple of music. The place where all the illustrious jazz stars and singers had performed when they were at their top. The place where Glenn Gould worked his way through the Goldberg Variations on Bach. A magical monumental place. And me, the guy from outskirts of the small industrial town in the south of The Netherlands that nobody heard of, was going to play for a sold out house. In itself a lifetime achievement.
We spend some days hanging around Manhattan but when the time came we were anxious to play. Our tour bus took us to the artist entrance and when we came in there was a small stairway with a big photo of Frank Sinatra climbing the same stairs…. It was a great experience and though the hall, with its classical acoustics, had a hard time with all the percussion in the band the audience was exuberant, loud -like always-, and out of their heads. The broke down the temple. And Sezen was both Lucifer and the Madonna. It was hilarious. People running and shouting, singing out loud and clapping ferociously; turning the chique Carnegie Hall into the Bazar of Istanbul. The conquest was complete: Sezen came, saw and won. 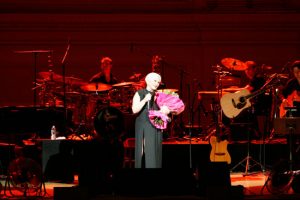 And as always after the show there was Turkish food for everyone. That would become the staple diet of the years to come. The delicious and rich flavors of the Turkish cuisine, always, always, always; no matter where we were. If we’d toured India, Mexico Japan or China only Turkish food would be served.
When the food and drinks were finished we were ready to go but….outside it was like stepping into a scene of Hill Street Blues – I immediately got the picture- because there were hundreds of people waiting and while many police cars were flashing their lights, trying to control the crowd that wanted to get a glimpse of Sezen. 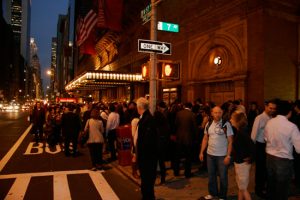 Being such a star takes a huge toll. It takes away your identity and changes your environment fundamentally. Since I wasn’t a Sezen disciple – I didn’t really know anything of her before I joined the band- I could joke and talk with her on an equal basis. I still take her serious as a person, not as a star and I love her for that. Sezen is a special person with a special place in my heart. Over the years I’ve come to understand that being a superstar is both a bless and a burden. Drugs and alcohol are available anywhere, anytime and as Sinatra didn’t want to sing Randy Newman’s song….it’s lonely at the top.