How I Got Started….

My  earliest memory of music I can’t really recall. It may have been the South African songs we had to learn in school like “Sarie Marais” – I am that old yes- but I remember that I heard a song blasting out of our old radio while I was playing with my Dinky Toy cars.

I recall the sound which was very thick and heavy. Different and raw. In my memory it was Deep Purple’s “Smoke On The Water” but of course I couldn’t really tell. The time frame is way too blurred. However I do remember the TV showing us the first man on the moon and the relentless B 52s bombing of Vietnam, Watergate -which took forever- and of course the World Championships in Mexico in 1970 with Pele and Rivellino. My dad was a huge soccer fan and sports

was one of the most important elements growing up. I would often play soccer with my brothers and many kids from the neighborhood at a small abandoned square in front of our house which used to be part of a temporary wooden school when the quarter was build in the early 60’s.

My dad had bought his first car, a Vauxhall Viva- the English version of the infamous Opel Kadett- which allowed us to go to soccer games in Rotterdam to see Feyenoord, one of the best teams in the world at that time. I recall seeing Ajax with Cruijff & Neeskens and Feyenoord with van Hanegem and Franz Hasil play each other in the most beautiful soccer stadium ever “De Kuip” in Rotterdam. I knew all the players by heart. Us kids collected small soccer player pictures and glued them in special books. Same stuff that’s still going on nowadays. To this day I can recall some of the names of players that played with  small long gone soccer clubs like DWS, GVAV en Holland Sport.
My parents didn’t really have a musical taste or interest. Nobody played an instrument although the neighbors had a piano. My neighbor friend Paul always hated his piano lessons  so there was not much enthusiasm for a sport like that… We had a record player with a build in speaker, on which they’d play a few comedian and operetta albums like “Stimmung, Stimmung” or Toon Hermans – a Dutch stand up comedian avant la lettre – every now and then. Music lessons at the local Music School, which was in the city centre, were for the rich people and we were not part of them. It just didn’t even cross our minds to go there; it was in another, strange world; just not part of our upbringing.

loved to be outside playing and roaming the streets and woods around the town I grew up in; Tilburg, the Netherlands. I lived in a typical Dutch 60’s quarter -square and straight- on the western edge of a deteriorating industrial town where the textile industry had left. Just a couple of hundred yards from our house you’d find woods and farm land. The next village was about 10 miles away westward. I never had the idea I lived in a city because it felt really like a small village with plenty of space around.
In the 60’s and 70’s the whole inner city of Tilburg  was littered with broken down ruines of once flourishing factories. The was no real heart in the city: we don’t have an old centre like neighboring cities ’s Hertogenbosch & Breda. Tilburg was quite a desolate and grim working man’s town in which relative poverty was common. Fortunately for me there was a great music scene that, in due time, would be a big part of the growing self esteem of the expanding town. However, all of that took place quite far away from where I grew up though. When you’re a child, your world is limited to the school, your house, the soccer club  and the small woods around that. It only changes in time when you start to leave the nest….

I liked to watch our national TV pop music show Toppop which imported pop culture in every household with a TV which started in 1970. It gave me my first music heroes like Demis Roussos, Slade and The Sweet. 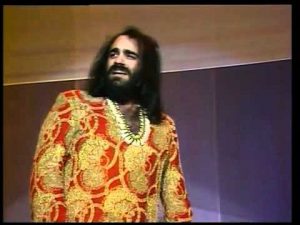 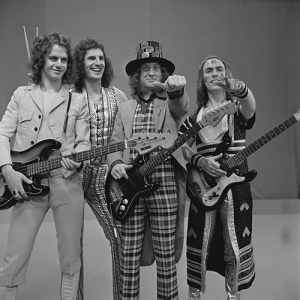 My mother keeps telling me – to this day- that I was a very busy kid -now they’d probably diagnose me with ADHD- and that I would use my cutlery as drumsticks and would be drumming on everything that was available on the table when we had dinner. I played drums on the empty wash powder boxes my my mother saved for me while play backing our favorite popsongs using pvc pipes you use for electric wire as my drumsticks. My friends would imitate playing guitar on old tennis or badminton rackets. 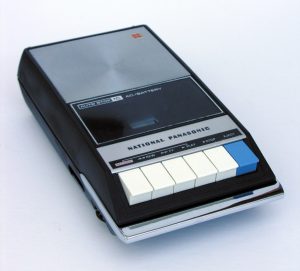 I recorded as much music as I could on my first cassette recorder with a build in speaker(!). I would check the national hitlist which was available at the Tobacco store in a small mall nearby and wait for the songs I wanted to be broadcasted. Then I hoped the DJ would shut up so I’d have the whole song and not some stupid introduction. I do recall recording “Jet” by Paul McCartney and Wings and many other different popsongs. We would be searching for all great new songs and especially new clips that were extremely fascinating in those days. It was long before MTV hit the screens and videos were very rare. Colour TV was just coming within range for average, moderate income families like mine. It also took some time before our dad bought a decent Philips stereo amplifier with good -loud- speakers and a real -stand alone- pick up to play LP’s and singles…. Me and my brother were in heaven. We always played music when we were at home. Our thirst for new music was endless and that would last for decades.

It was also the time that my older brother started to bring in LP’s he’d bought. After a few samplers with super hits of the 70’s he came home with an album from Mike Oldfield “Tubular Bells”. But it was another album he brought home that really turned me on to wanting to play music.  I was struck by the high energy and power of a band that would make an everlasting imprint on me and how I ‘d deal with music through my teens. I do remember hearing the music in my head going on and on and on and on.  I remember walking to school, I must have been in 5th or 6th grade, passing a small park and watching the trees shake in the wind while I heard that great organ sound of Jon Lord in my head. The vocals which were gentle but turned into screams and of course the heaviest guitar I’d ever heard. 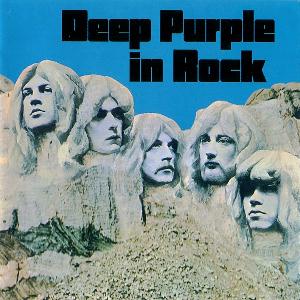 The fast solo’s and agility of the rhythm section was just mythical. 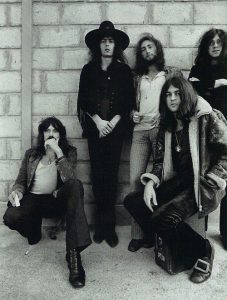 It was the right album at the right time: a teenage kid in a small town suburb in the early 70’s hearing music that you couldn’t listen to  on any radio station. It was of course also very important that my parents didn’t like it at all. Way to rough. This was my music.  This was what I wanted to do: make records, albums and play all over the world. I had one problem: I had no instrument but some of my older brother’s friends played guitar and they, being about 3 years my senior, were the real cool guys. They had long hair and upcoming beards, wore old soldier’s coats and cowboy boots with square noses- not pointed- square!  I was fascinated by them learning to play guitar – I thought they were amazing: they played barre chords (!) – and I kept asking my dad for one like theirs. My dad was a generous and loving man and he realized I wasn’t going to back down -something which is not in my nature- so he went with me to the town’s legendary guitar shop Bill Coolen where he bought me my first guitar. It was the cheapest acoustic steel stringed guitar we could get and it was a tour the force playing that instrument but it didn’t take long before I could play a few chords. The teacher I had found in our neighborhood, and where everybody went if you wanted to learn to play guitar, was a real gentle, nice,  jazz musician who loved Les Paul and Chet Atkins. I really liked him a lot. I admired his chords and way of playing but I really liked it when he started to play old school Rock ’n Roll. I hadn’t come for the smooth jazz stuff he played – which in later years I truly regretted-, I had come to learn the rough stuff and just enough to start my own band.  I wanted to have my own hardrock band. I had found my mission.

Me and my brother would borrow each other’s cassettes with more and more pre-recorded music. We would borrow  LPs  from anybody around and record it on the cassettes. You would record over the tape when you didn’t like what was previously on there. The problem was that you could only write a name on the tape once. You couldn’t overwrite the written text. So it happened that my brother had a tape with written on it: Crosby, Stills, Nash & Young “Deja Vu”. When I played it , it hit me but so differently then other music. It opened another door for me. It made me travel through the landscapes in the Southern US, which I had seen in westerns on TV. It sparked my imagination but in a completely different way.   It became a turning point in my music appreciation. It was so cool, relaxed, groovy and different. 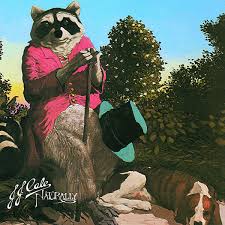 For a short while I thought CSN&Y  were the best that ever happened to me. That was until I played it while hanging out the window in the evening some summer night and one of the girls next door asked me what I was playing.  As I replied CSN & Y she said: “no way this is not Deja Vu because I know that music well”, so I went to my brother and asked what he had recorded over the now classic album. He said it was “Naturally” by J.J. Cale. J.J. is my main inspiration since then. All my life I’ve kept listening and playing his music. In my darkest hours he gave me comfort and in the best of times he made the happiest man on the planet.  In the end he’s been on my shoulder ever since. 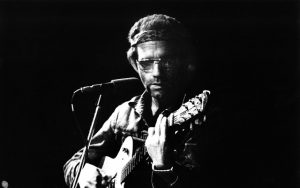 Through him I really encountered the Americana, Blues and Folk. The complete opposite of the mega rock stars from Deep Purple with all the line up changes and bursting egos. This guy just kept on going writing great songs in modesty. Revered by men like Eric Clapton and Mark Knopfler but unknown to the main public. When he passed away recently I really felt as if I’d lost a friend, a comrade. He’s on my playlist for over 40 years and will never leave. If I had to pick five albums to take with me to a deserted island “Naturally” is one of them…..