But it was my fascination for Deep Purple that got me going. As soon as I learned a few chords I’d record music on my cassette player while I told my friends to play drums on chairs and window boards simulating snaredrum and high-hat. Smoke On The Water was probably the first riff I learned to play and Woman From Tokyo the second. 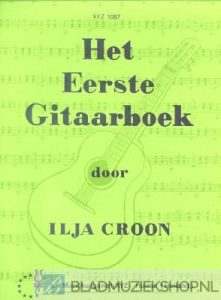 I worked my way through Ilja Croon’s Guitar method book 1 and 2 and when I had learned the barre chords I was ready to try everything on my own. I must have been about 13 years old when I played with my friends Ad Ghering -a hockey-playing-drummer whose father was an (upright)  jazz bass player where I first saw a real huge impressive double bass- and Rene Samuels the guitarist that I met when I had my first guitar lessons with Peter van de Par who’d become a successful antique trader later. My first electric guitar was an Eco semi acoustic that I bought from Peter. It had a huge feedback and was a nice, easy to play guitar.  But It was my Rokkoman Les Paul copy that I would play on for some time. It didn’t take long before I’d switch to bass guitar and bought myself a Hondo Precision Bass

and an Ibanez Cube Amp. In our local music shop “Bill Coolen” I’d spend hours and hours just looking at the most fabulous basses and guitars that were way out of my league. Especially real Fender Precisions or Rickenbackers

like the one my hero Roger Glover in Deep Purple used to play like a wet dream. In fact they still are: an old ’62 Precision or a good old Rickenbacker are still worth a fortune.

I started to write songs for my band. Of course they didn’t sound like anything serious but I loved the process of coming up with melodies and chords to make something slightly new, at least according to me….. Another thing that works with me is stamina; I’m not a quitter… I kept looking for my voice both in songs and playing. I’d record ideas with my cassette-recorder and then rehearse them with the band. We got of playing as a school band at the bar and meeting room under the school. We played covers like “Somekind Of Wonderfull” from Grand Funk Railroad 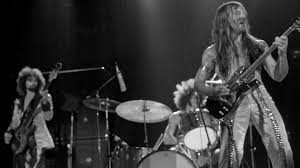 and “All Right Now from Free”…that stuff beside some originals.  One of the first songs I wrote was “Never Coming Home”, on which I played harmonica as well, slightly based on “Heroin” by Lou Reed from “Rock ‘N Roll Animal”.  “Babi Yar”was another original song inspired by “Hard Lovin’ Man” from Deep Purple about a massacre of the Jews in WW2;I was way too serious those days….
As time passed I started to find different musicians to play with and I became -in retrospect- overly serious: I wanted it to be a success and drove my fellow musicians to elevating levels to the moment they’d quit. Ronald Voskens started to be the drummer of the band; he was probably the loudest drummer around and exactly what I liked. He was, and is still a very good drummer though he never worked as a professional musician, as far as I know. My friend 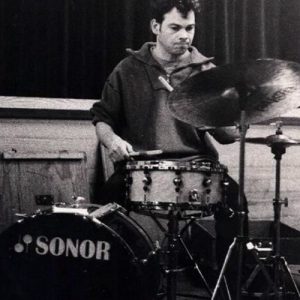 Rene Wouters played the guitar and we were a real band for about 5 years. We started of rehearsing on Friday afternoon at our former primary school. Later on we rehearsed in the attic of a barn of Ronald’s farm. We build a room of  blocks of hay to isolate both for sound but also for temperature. Of course all in vain…. In summer it would be extremely hot and in winter there was no way to heat anything up but coffee and booze, but at least we wouldn’t have to carry our gear in and out the room every time.  I remember we’d go to some ponds at night after rehearsal and have a great time. I taught a good friend Ben Doomen how to play functional organ in an old chapel- de Hasseltse Kapel-  in Tilburg,  opposite his home. We had a vocalist Robert Sauvé, who had a lot of nerve, not such a great voice though, and had an excellent sense of humor.  They came and went. 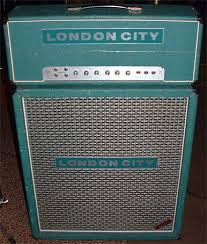 We eventually added a guitarist Ashna Vishnudat who was a real virtuoso to our standards. He loved Al DiMeola and that jazz rock stuff that was extremely popular with musicians in the late 70’s, and could play like that too.  My eclectic spirit didn’t help to find a musical course though…. We tried several musical styles; Deep Purple and Rainbow like hard rock (Axe) , U2 and Joy Division type new wave (Transmitted Tears)  etc. to get even a bit of success but it wasn’t really happening in the end. We played some loud and nice gigs but never enough to get a working band ethic that I longed for so much. To this day I regret that we didn’t play more gigs back then to really get the hang of touring in a Rock And Roll Band. I’m always looking for a working band atmosphere; I still do. My efforts to enroll Conservatory put an abrupt end to my band efforts in contemporary pop music. I had the idea that I couldn’t continue in the same way and had to start to go my own way though I had no clue in what I was doing. Instead of focusing on a band effort I took a shot at diving in a new music genre that soon would completely change my musical environment.
My fellow band members were starting to study in different cities and the former close friendship fell more or less apart. I kept in touch, on an off and on basis, with both Ronald Voskens – who got into Solar Energy- and Rene Wouters-who has become a successful photographer and film maker: he produced a portrait of mine called “Tales Of A Traveller” in 2016- they are both still playing music; I still meet up with Ad Ghering every now and then and who started to play double bass too; just like his dad.