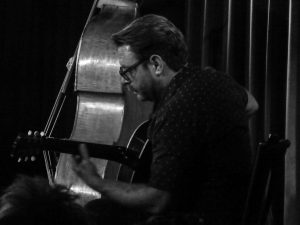 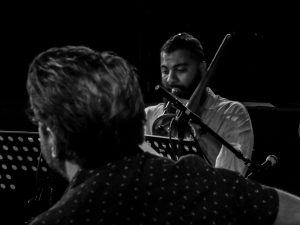 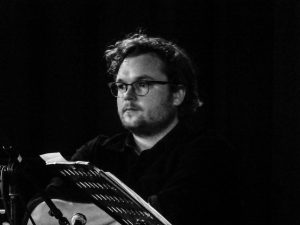 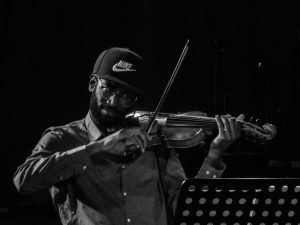 The Crown & Lobster Trilogy is a work that combines several aspects of Van Der Westen’s music.  Part I: Private Time Machine (XS) “Modus Operandi”  is to be released on November 27th at the “Warm Up” mini  Better Get Hit Festival in Paradox Tilburg. That album contains originals recorded in the fall of 2020 when Corona locked down all concerts and festivals. Van Der Westen had written a number of Kruaghbin & The Meters inspired electric funk-jazz impro sketches to be recorded without rehearsals or preparation like the great jazz masters  did in the early days.  The result is a joyous highly positive groovy type of music that shows an aspect of Van Der Westen’s music not heard so often yet. With Jeroen van Vliet on keys, Aron Raams on Guitars and Dirk Peter Kölsch on drums the quality of musicianship and finesse is staggering.