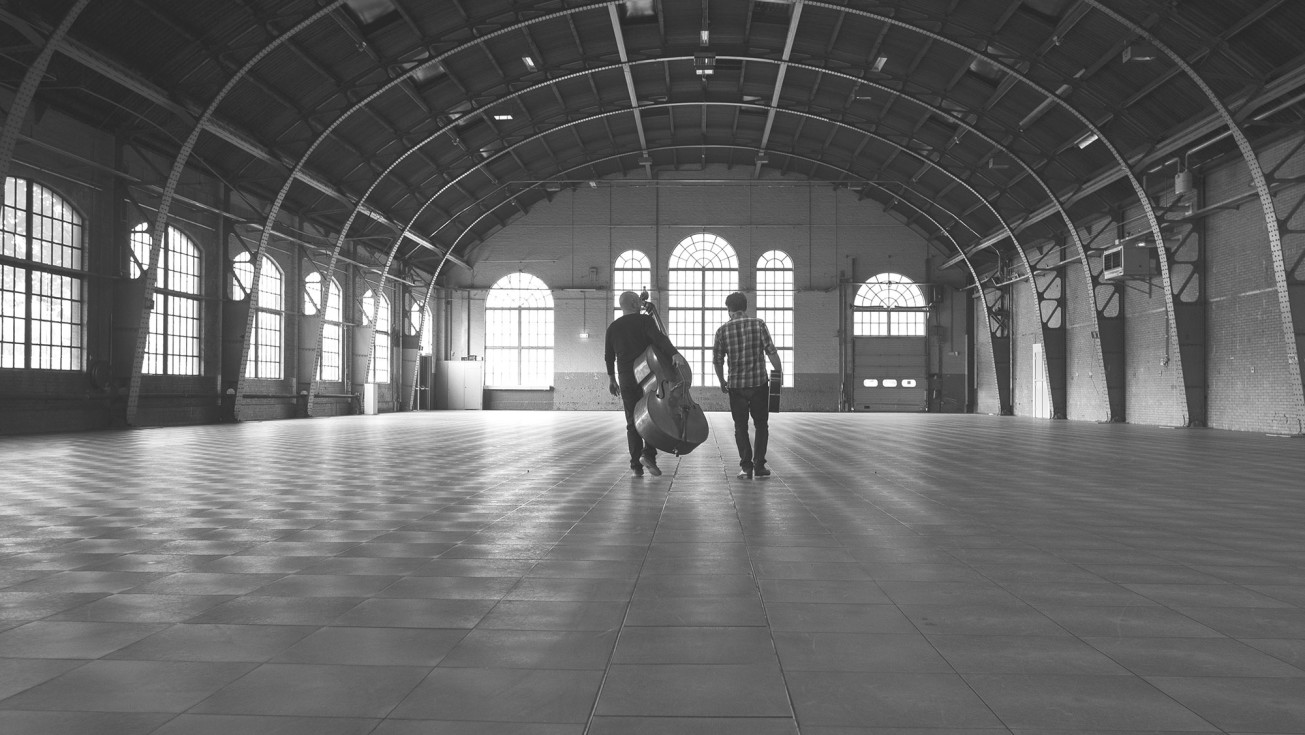 A Traveller’s Tale: out of love for the acoustic sound of guitar and double bass, Aron Raams and Eric van der Westen started to work as a duo in 2012. Inspired by the blues, americana & jazz they started an ongoing process of writing original material.

When they started, all they wanted to do was make beautiful, honest and sincere music. The trio’s open and melancholy acoustic sound brings the best of blues, folk, country and jazz together. They write all their original material together, and, whenever required, add material to special arrangements of covers they want to play while always on the lookout for new things and ways of telling their musical story. Considering where they come from and where they’re heading it’s not hard to imagine where the group’s name comes from. Like life, music is a travelling experience that has impact on every new step you take. That principle is the most common denominator for the trio’s music. The trio takes you on a musical journey that covers many different images and emotions. A Traveller’s Tale tells a story that relates to all of us. It’s happy and sad, groovy and lazy, good and bad, winning and losing etc. ; in a unique sincere musical way.

The first album as a duo tells the epic story of Alvin, a man who is born in a small mining town called Gold Hill in Colorado USA , somewhere in the 1940’s. Leaving the dirt roads and loneliness in his early twenties he heads for Las Vegas to try his luck as a salesman for the Hoover Company. He enrolls the big city life and everything that comes with it. Meeting his future wife while in the army in Italy, asking her to marry him while the city is drenched in rain. In the end, while reminiscing about the past, he still knows the exact day & time she agreed and with that basically ruined both their lives…

The second album “J.J.“reveals the story of the life of Jean Jacques; a New Orleans born descendant of French and Irish settlers. Born in the beginning of the 20th century, the album tells numerous short stories that give an insight in the way J.J. lived his life.

The duo is currently playing concerts all over Europe and preparing for a new release which means creating new material and searching for new ways of presenting their exquisite music.

Video’s: April Of Green And Yellow  What I Was Saying
Review